US economy stages dramatic recovery, clawing back roughly two thirds of output lost during first half of 2020

By Matt Oliver For The Daily Mail

The US economy has staged a dramatic recovery, clawing back roughly two thirds of output lost during the first half of 2020.

Official figures published yesterday showed the world’s biggest economy grew by a record 7.4 per cent between July and September.

This followed an historic contraction of 9 per cent between April to June as lockdown measures forced vast numbers of businesses to shut down. Spending picked up as states eased those restrictions over the summer and people returned to work, 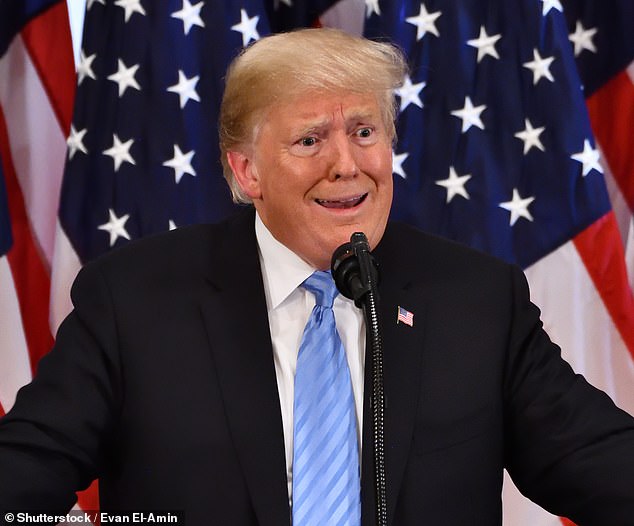 Boost: The figures were hailed by President Trump as the ‘biggest and best in the history of our country’

The US Bureau of Economic Analysis said a boost in sales of goods was buoyed by strong demand for cars, clothing and footwear, while sales of services were led by healthcare, food, accommodation and transport.

Healthcare spending alone was up 18 per cent as patients felt safer attending doctors’ surgeries and hospitals, while purchases of new cars and car parts jumped 17 per cent.

Clothing sales rocketed by 27 per cent, while sales of household furnishings also rose by 13 per cent.

The figures were hailed by President Trump as the ‘biggest and best in the history of our country’, as he sought to rally his supporters ahead of the presidential election on November 3 with a jibe at his Democratic rival.

‘Next year will be FANTASTIC!!!,’ the US president tweeted. ‘However, Sleepy Joe Biden and his proposed record setting tax increase, would kill it all.’

However, experts warned the outlook was still uncertain. The US is reporting record numbers of coronavirus cases and some 23m are still claiming unemployment benefits, while hard-hit businesses are beginning to permanently lay off people placed on furlough.

Constance Hunter, chief economist at KPMG, warned that the strong demand for goods would not necessarily last.